Use of the Dutchware gear Wasp

In this HOW TO we explain how the Dutchware gear Wasp works.

What do we need:

A Dutchware gear Wasp is a tool that you can use to stretch a ridgeline without knots. 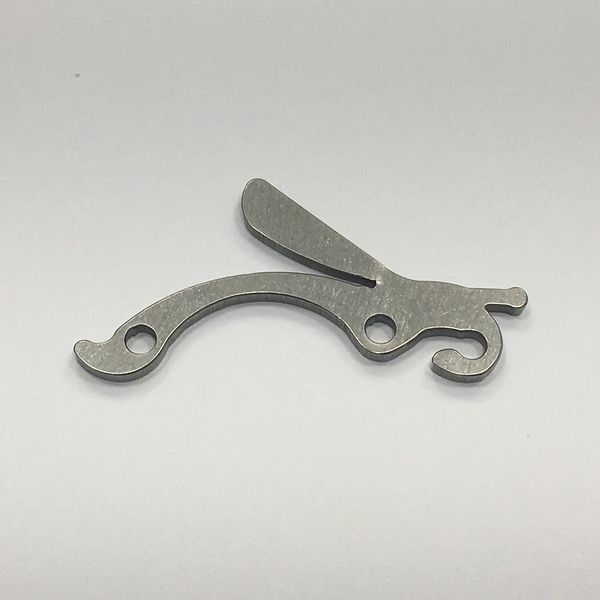 How do you use a Wasp? The Wasp is on a piece of dyneema or other wire and the other end often has a Dutch hook. You put this end (with the Dutch hook) around the tree and hook the Dutch Hook back to the main line. This side is done. 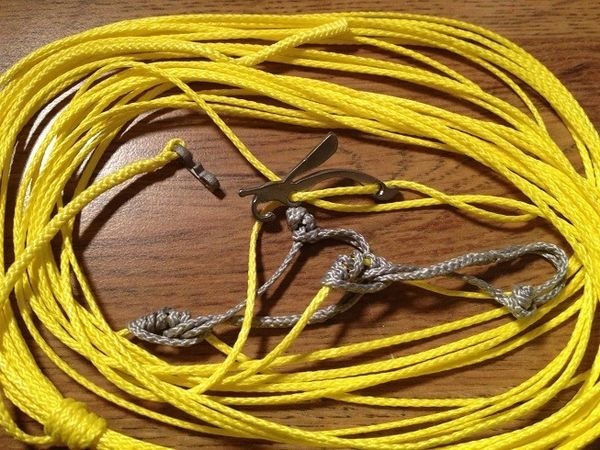 Then we go to the other tree where you are going to hang between and you also go around the tree and hook the end through the mouth of the Wasp. Now you pull it carefully so that the ridgeline is under tension. Set the ridgeline to the desired tension and loop the end of the line along the body of the Wasp and under the wing. Now the ridgeline is ready, this is due to the friction between the Wasp and the line used. Without knots you have a tight ridgeline on which you can hang the tarp. 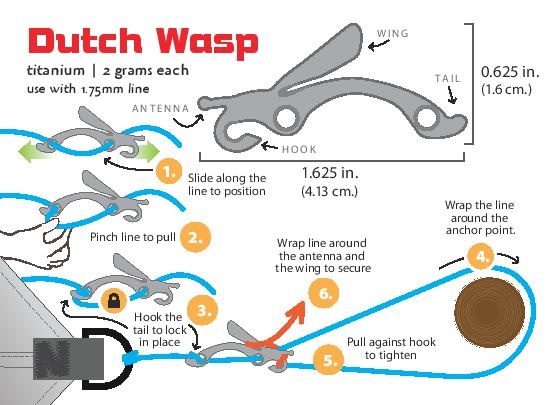 If you do not trust that the friction of your wire will remain with strong wind, etc., you can pass the line under the wing for the 2nd time. But it has never happened to us that the Wasp did not hold the ridgeline, even during extremely bad weather. 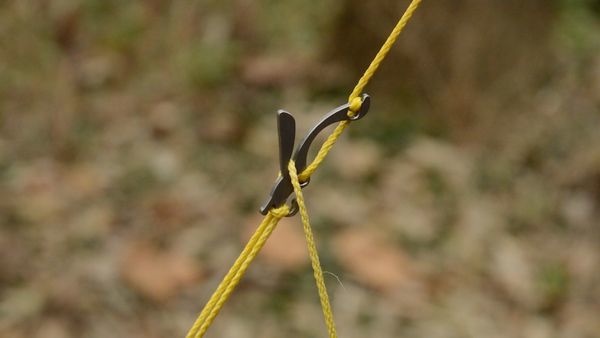 By using the Wasp you can have built up your shelter much earlier in bad weather because your ridgeline is made faster than with knots. By using dyneema and a Wasp and Dutch hook you also have less weight in your bag and it also takes up less space than paracord.

Please accept cookies to help us improve this website Is this OK? Yes No More on cookies »
← Return to the back office    THE WEBSHOP FOR HAMMOCK SLEEPERS BY HAMMOCK SLEEPERS! ALSO FOR FREE ADVICE AND CUSTOMISATION. SHIP ALL OVER EUROPE. Hide